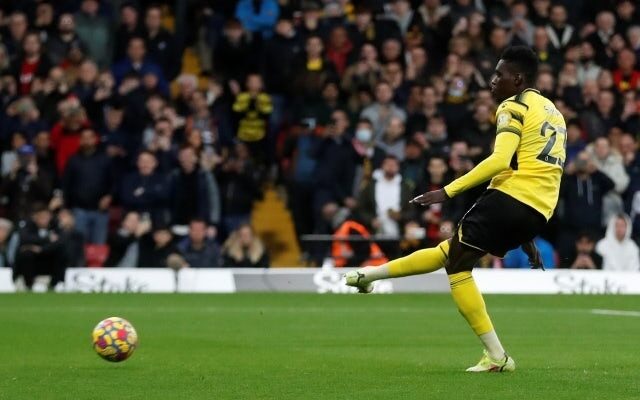 Watford have made a statement explaining why they have blocked Ismaila Sarr from participating in the Africa Cup Of Nations.

The winger had been selected by his international team Senegal for the tournament which begins on January 9, but his club have stopped him from being involved.

The Lions of Teranga are in Group B of the competition alongside Malawi, Guinea and Zimbabwe, but Sarr will not be part of proceedings due to injury.

“In early December, the club wrote to the Senegal Football Federation outlining the clinical diagnosis of Ismaïla’s injury and immediately followed that up by supplying the MRI scans detailing the extent of the injury,” the statement read.

“After further consultation with medical experts, we informed the Federation of Ismaïla’s rehabilitation process and likely timeframe of recovery.

Watford continued their statement by saying that they have shared Sarr’s recovery schedule with his international team, as well as what his current medical situation is.

It was also revealed that the Premier League outfit have invited Senegal’s Football Federation to tell their own independent surgeon about the decision, allowing them to confirm the diagnosis.