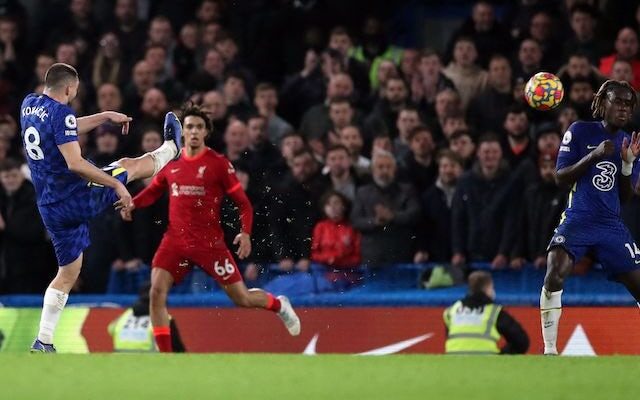 Chelsea midfielder Mateo Kovacic has scored a stunning volley against Liverpool at Stamford Bridge this afternoon.

Liverpool had taken a 2-0 lead in the title battle in West London courtesy of goals from Sadio Mane and Mohamed Salah.

However, a frenetic, end-to-end first half was lit up shortly before the interval when Kovacic produced a goal of the season contender to halve the deficit.

Caoimhin Kelleher punched a free kick clear as far as Kovacic, who was backtracking but still managed to control his first-time volley and send an unstoppable effort in off the post.

The start of Chelsea’s fightback…💪

Kovacic got their first goal of the match with an absolute stunner! 🚀 pic.twitter.com/EvhnFEnTHF

Kovacic’s screamer was quickly followed by a Chelsea equaliser through Christian Pulisic, sending Stamford Bridge wild and turning the game on its head going into half time.