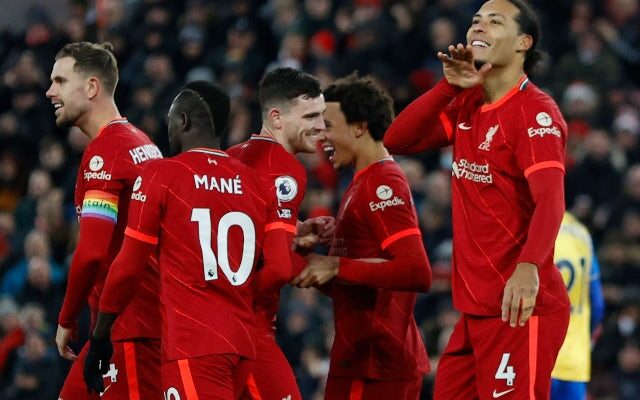 Liverpool defender Virgil Van Dijk has admitted that this season’s Premier League title is Manchester City‘s to lose, after the Reds dropped points on Sunday.

Jurgen Klopp‘s side travelled to Stamford Bridge without their German manager, who was absent due to coronavirus, and with Pepijn Lijnders in the dugout, the visitors were pegged back and held to a 2-2 draw against title rivals Chelsea.

That result has left Liverpool sitting in third spot, one point behind the Blues and 11 points behind leaders Man City, albeit, Liverpool have one game in hand on Pep Guardiola‘s side.

After Sunday’s encounter, Van Dijk told Sky Sports News: “For the outside world, it was quite a good game to watch, but we came here for three points and didn’t get them.

“They have an amazing team, so have we. I have a feeling we were under pressure at times but defended well as a team, didn’t give big chances away. I always had a feeling we could score for 3-2 but it didn’t happen.

“It’s never difficult to believe. It’s a big gap, they [Manchester City] maybe have the title to lose, but a lot can happen still. We have been there before, where we have had a gap in front and we gave it away, so everything is possible.

“We will focus on ourselves, Chelsea will focus on themselves, and we just have to get results, play good football and win games. It sounds pretty easy, but it tough, as we saw today.”

Liverpool face Arsenal in the first leg of their League Cup semi-final tie next time out on Thursday, before hosting Shrewsbury Town in the FA Cup on Sunday.