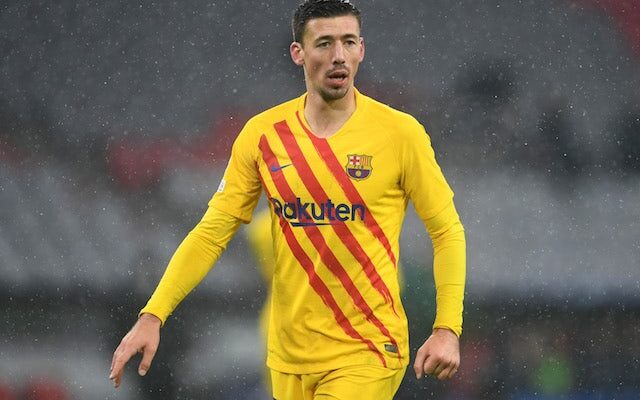 Spurs were linked with a move for the 26-year-old last summer and, while a deal never materialised, their interest is thought to have survived the change of manager in North London.

Antonio Conte is keen to bolster his defensive options during the January window and is particularly interested in signing a left-footed defender to play in a back three.

Spanish outlet Sport reports that Lenglet fits the bill, with Spurs ready to make their move when the window reopens next month.

Barcelona are open to letting Lenglet leave the club as they look to raise funds for reinforcements of their own, while the player himself is also reportedly willing to consider leaving.

The France international has started just four La Liga games this season and wants regular first-team football ahead of the 2022 World Cup.

Clement joined Barcelona in 2018 and has since made 145 appearances for the club in all competitions.