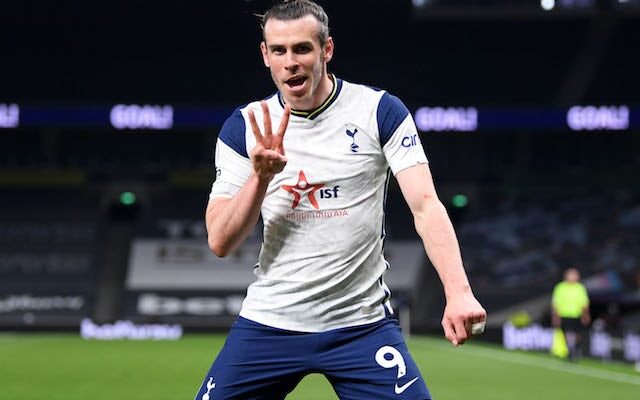 Tottenham Hotspur have not made plans to re-sign Gareth Bale from Real Madrid, according to a report.

With the Welshman’s contract at the Bernabeu coming to an end next summer, rumours in Spain suggested that it was likely he would return to North London for a third spell.

Bale made 34 appearances on loan at Spurs last season and scored 16 goals, having left the club to join Real Madrid in 2013.

According to Football.London, Tottenham currently have no intention to make a move for Bale again despite Antonio Conte‘s reported admiration of the player.

The report adds that Conte and the club’s managing director of football Fabio Paratici are yet to even discuss possible new signings ahead of the January transfer window.

A hamstring strain has meant that Bale has only made three appearances for Real Madrid this season, but he is set to make his return from injury when Wales face Belarus on Saturday.