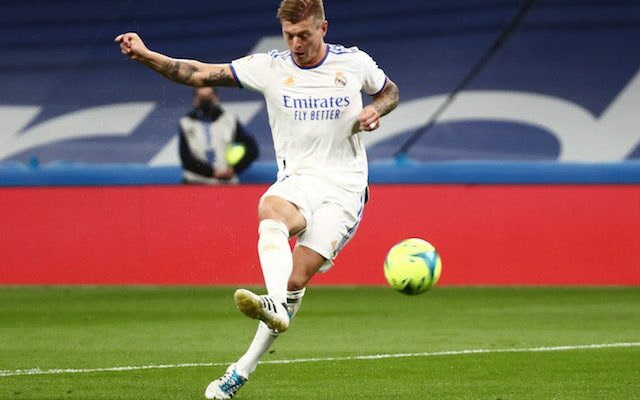 Real Madrid midfielder Toni Kroos is reportedly open to the idea of a reunion with Pep Guardiola at Manchester City.

The German played under Guardiola at Bayern Munich before leaving for Real Madrid in 2014, and the 31-year-old has made 332 appearances for the Spanish giants in all competitions.

Kroos remains a key player for Carlo Ancelotti‘s side, making 12 appearances this term, but the midfielder’s current deal is due to expire in June 2023, leading to speculation surrounding his future.

According to El Nacional, Guardiola is prepared to do ‘everything possible’ to bring the German to the Etihad Stadium next year.

The report claims that Kroos is ‘seduced’ by the chance to link up with the Spanish coach once again, with the midfielder set to make a decision on his future in the early stages of next year.

The World Cup winner has won two La Liga titles and three Champions League crowns during his time at Bernabeu.