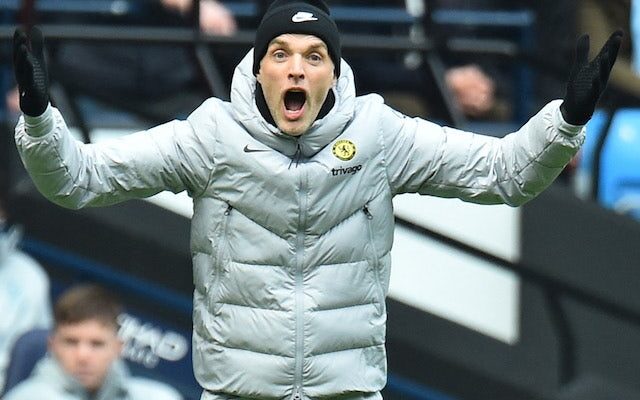 Head coach Thomas Tuchel has acknowledged that he was disappointed with the attacking performance of his Chelsea side during Saturday’s 1-0 defeat at Manchester City.

A brilliantly-taken Kevin De Bruyne goal proved to be the difference at the Etihad Stadium, moving the Premier League leaders 13 points clear at the top of the standings.

While Tuchel was pleased with his team’s defensive rearguard, he was less impressed with their efforts in the final third having witnessed his players show a lack of composure and ruthlessness.

Speaking to Match Of The Day, Tuchel said: “Given the circumstances, if you look at our back five and how many players we missed, I’m happy with the performance, defensive-wise.

“In the second half we created counter chances. We had one big chance to even go ahead. We lost a tight match, which can happen. It was about individual quality, and we lacked quality up front if I’m honest.

“You have to wait for momentum. We had the same opportunities in the first half, but from eight or nine transition options we had zero touches in the box. The quality, the deliveries and the composure was absolutely not on top level today. You need top level to get half chances and chances, and that’s what we lacked in the first half.

“Our offensive players need to show up more. We need consistency. Chelsea is not a place to hide.”

The West Londoners have only failed to score on two occasions in 25 games, the other occasion coming at Wolverhampton Wanderers when the first-team squad was coping with multiple coronavirus cases.