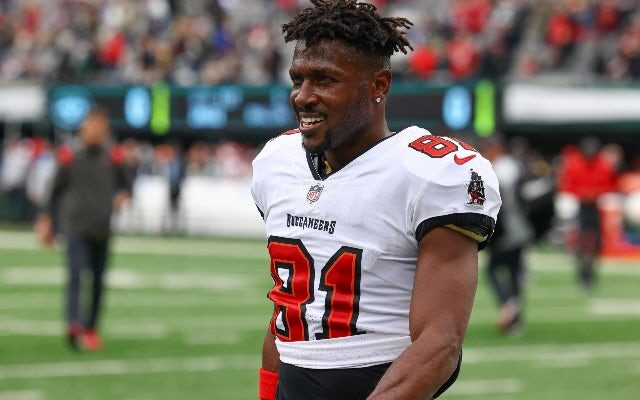 The Tampa Bay Buccaneers have announced that Antonio Brown‘s contract has been terminated following his mid-game walk off against the New York Jets.

The wide receiver left the field in the third quarter of the 28-24 win, stripping off his jersey and gesturing to the crowd before running down the tunnel.

Bucs head coach Bruce Arians confirmed that Brown would not play for the team again following his walk-off, but the 33-year-old claimed that he left the field due to an ankle injury.

Brown responded to Arians’s comments by stating that he was ‘thrown out like an animal’ but the Bucs have now terminated his contract while providing clarity on his injury situation.

A statement read: “The Tampa Bay Buccaneers have terminated the contract of Antonio Brown, effective immediately. While Antonio did receive treatment on his ankle and was listed on the injury report the week leading up to last Sunday’s game, he was cleared to play by our medical team prior to the start of the game and at no point during the game did he indicate to our medical personnel that he could not play.

“We have attempted, multiple times throughout this week, to schedule an evaluation by an outside orthopaedic specialist, yet Antonio has not complied. Maintaining the health and wellness of our players is of the utmost importance to our organization.”

Brown leaves the Bucs after winning his first Super Bowl title in 2020, and the former Pittsburgh Steelers, New England Patriots and Oakland Raiders man posted 42 receptions for 545 yards this season, as well as four touchdowns.