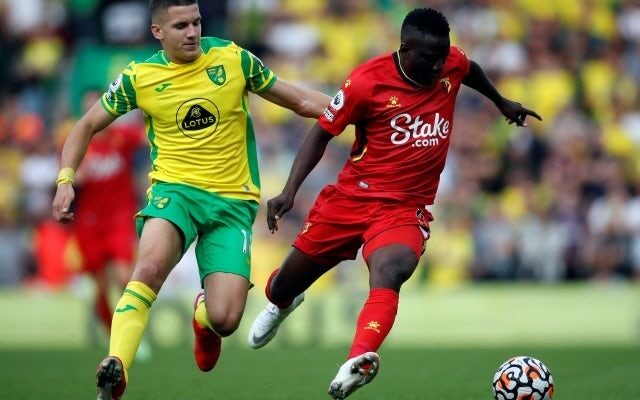 Watford‘s Peter Etebo has revealed that he is interested in making his loan move from Stoke City a permanent deal.

The midfielder joined the Hornets on a season-long loan in the summer, making the move to the Premier League, and he is now hoping to continue with the club moving forwards.

“To be honest I would love to because everyone has been amazing, the staff, the players. The dressing room has been good,” Etebo told Inside The Hive.

The Nigerian international has played six games for the Hornets in the Premier League this season, but he then suffered a muscular injury which is set to keep him out until Spring.

Etebo is under contract with his current club, Stoke City until 2023, after originally joining in 2018 and he has made 51 appearances during his time with the Potters, while also enjoying loans with Getafe and Galatasaray.

Watford currently find themselves 17th in the table and will be next in action on Boxing Day when they travel to face Wolverhampton Wanderers.