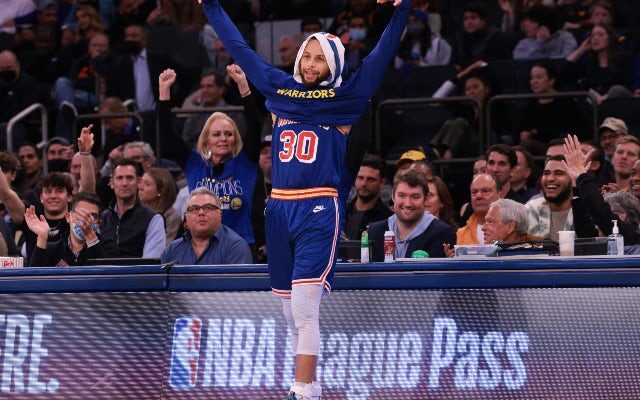 Allen’s record of 2,973 – which had stood for 10 years – was surpassed by Curry as the Warriors triumphed 105-96 over the New York Knicks on Tuesday evening.

The three-time NBA champion ended the night with five three-pointers – taking him up to a career total of 2,977 – and he hailed the achievement as a dream come true after the contest.

“Basketball history, this is pretty special. I appreciate so much the way the fans embraced the moment with me and let me get kind of lost in it,” Curry told reporters.

“There was a lot of emotion for sure because I know how much work has gone into this, dreaming big from the time I first picked up a basketball.”

The 33-year-old has taken just 789 NBA games to achieve the historic feat, while former record holder Allen took 1,300 matches to do so.