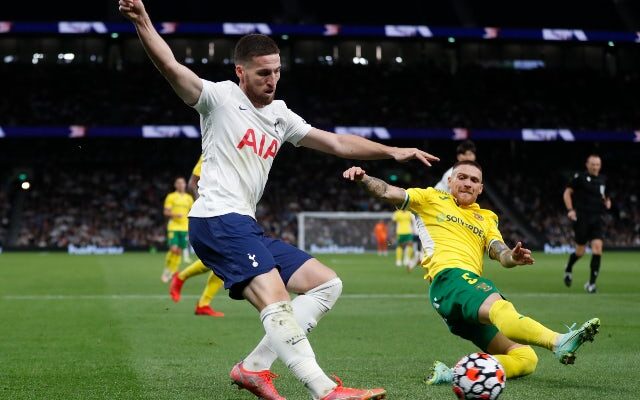 Tottenham Hotspur are reportedly prepared to include Matt Doherty in any proposal for Wolverhampton Wanderers winger Adama Traore.

Doherty departed Molineux in a £15m deal just 17 months ago, but the Republic of Ireland international has never established himself as first choice at Spurs.

While the 29-year-old has made 39 appearances in all competitions, just 13 starts have come in the Premier League, and it appears that Antonio Conte is happy to part ways in a bid to make room for Traore.

According to The Athletic, Spurs are happy for Wolves to have a reunion with Doherty if it acts as a bargaining tool for the Spain international.

The report claims that Conte is keen to use Traore as a right wing-back, a role which the 25-year-old has sometimes been used when Wolves have been chasing games.

Wolves are open to parting ways with Traore, valued in the region of £20m, if they cannot extend his contract past the end of the 2022-23 campaign.