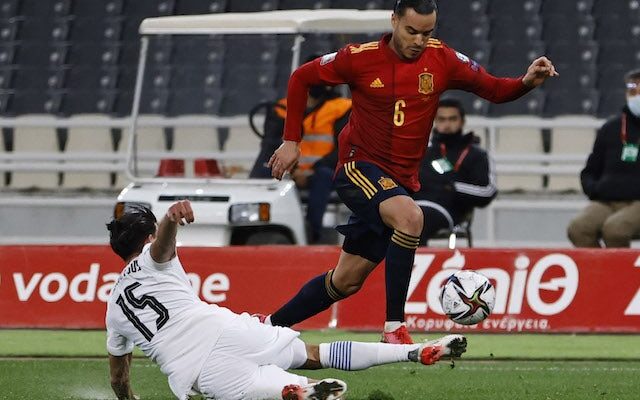 Raul de Tomas has thanked Spain boss Luis Enrique for handing him his debut for the national team as a starter in Thursday’s World Cup 2022 qualification clash with Greece.

The 27-year-old has been in impressive form for Espanyol during the 2021-22 campaign, scoring seven times and registering two assists in 12 La Liga appearances.

De Tomas was selected in the Spain squad for the first time this month and made his debut in the 1-0 win over Greece, featuring for 57 minutes of the contest in Athens.

The former Real Madrid youngster has branded the experience “unforgettable”, and he is determined to retain his spot in the side for Sunday’s key contest with Sweden.

“It’s an unforgettable day, one to remember,” Marca quotes De Tomas as saying. “I’m happy and excited and want to thank everyone who helped me do this. I didn’t expect to be a starter. When [Luis Enrique] released the line-up I was a bit shocked but then I started to focus myself.

“I’ve done my job today, it was my first day. The coach will decide [who plays] on Sunday. I’ll always support whatever he decides. Alvaro [Morata] and I were switching positions [throughout the game]. We’re comfortable together, we understand each other.

“I just want to thank [Luis Enrique]. This wouldn’t have happened if Luis Enrique didn’t call me up. I’m very grateful. I just hope to repeat the experience of today many more times.”

Spain only need a point against Sweden on Sunday to ensure that they qualify for the 2022 World Cup as Group B winners.