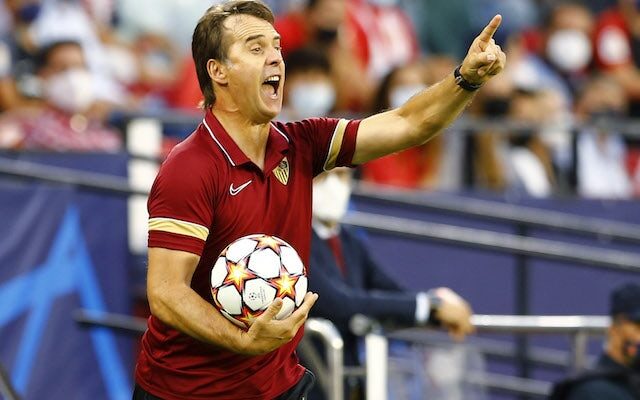 Still seeking their first wins of the 2021-22 Champions League, Sevilla and Lille prepare for battle on matchday four in Group G on Tuesday night.

The hosts have taken three points from their opening three games to sit second in the rankings, while Lille are one point and one place worse off than their upcoming opponents.

Incredibly, Red Bull Salzburg are the only team in Group G to have won a group-stage game in the Champions League this year, with Sevilla, Lille and Wolfsburg all trying and failing to get over the line in their respective fixtures.

Julen Lopetegui‘s side were first held to a 1-1 stalemate by Salzburg before lightning struck twice in another two-goal draw with Wolfsburg, while on matchday three against Lille, there were no goals to be had in a dire affair.

A string of stalemates does at least mean that Sevilla are still unbeaten in the 2021-22 Champions League, and the second-placed Palanganas sit one point clear of Wolfsburg and Lille as things stand, but Salzburg boast an unassailable four-point lead at the top.

Lopetegui’s men do at least enter this contest on the back of a 2-0 La Liga win over Osasuna thanks to goals from Diego Carlos and Lucas Ocampos – stretching their unbeaten run across all tournaments to five games – while more importantly, seven of their last eight home games in all competitions have ended in victory. 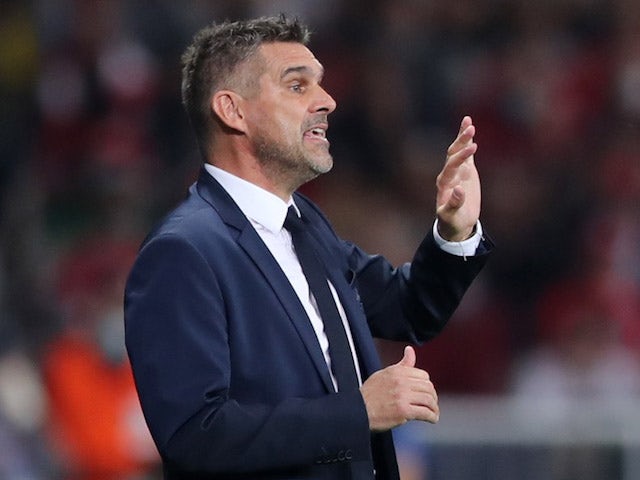 Lille’s Ligue 1 crown is slipping further out of their grasp by the week, as the reigning French champions went down 2-1 to this year’s runaway leaders Paris Saint-Germain in Friday’s encounter, in spite of hotshot Jonathan David netting his eighth league goal of the season to put Lille 1-0 up before the break.

Jocelyn Gourvennec‘s side held out for 74 minutes against PSG before Marquinhos levelled the tie, and Angel Di Maria would proceed to net the decisive goal in the 88th minute for another blot on the Lille manager’s notebook since taking over from Christophe Galtier.

As well as their poor fortunes in Ligue 1, Lille’s dire performances in the Champions League – taking just two points and scoring one goal over 270 minutes of football – sees them occupy third place at present, but it could all change in the blink of an eye in that tightly-fought section.

Defeat to PSG marked Lille’s fourth game without a win in all competitions – during which time they have only found the back of the net twice – as the pressure continues to weigh even heavier on the shoulders of Gourvennec.

Given their status as French champions, Lille’s away record this term is also nothing short of embarrassing – winning just one of their road fixtures this term and losing five of their last six – and Sevilla beat Les Dogues 2-0 in the only previous meeting at the Ramon Sanchez Pizjuan during the 2005-06 UEFA Cup. 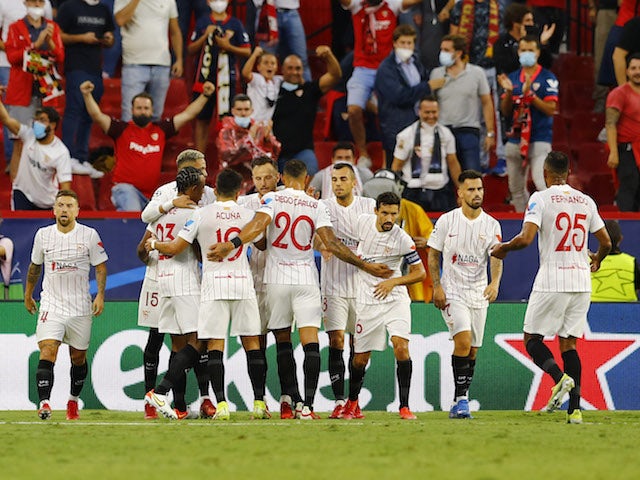 Sevilla right-back Gonzalo Montiel came off just before the hour mark against Osasuna with calf discomfort, while Thomas Delaney was another casualty of that 2-0 win with a similar muscular problem.

Lopetegui is hopeful that the duo have avoided anything serious, but Jesus Navas and Fernando are on standby, with Papu Gomez and Karim Rekik both unlikely to feature as well.

Star striker Youssef En-Nesyri was fit enough to come off the bench at the weekend and could now force his way back into the first XI, but it would be a shock to see him complete the full 90 minutes.

Meanwhile, Lille defender Sven Botman (groin) has been ruled out until after the next international break by Gourvennec, while goalkeeper Leo Jardim is also sidelined with a neck problem.

On a brighter note, Les Dogues did not pick up any fresh concerns in the defeat to PSG, and Gourvennec will welcome influential midfielder Benjamin Andre back from suspension this week.

The Dogues skipper will likely displace Xeka in the engine room on Tuesday night, while Yusuf Yazici will hope to come into contention for a start over Jonathan Bamba or Jonathan Ikone.

Home Win Either Half