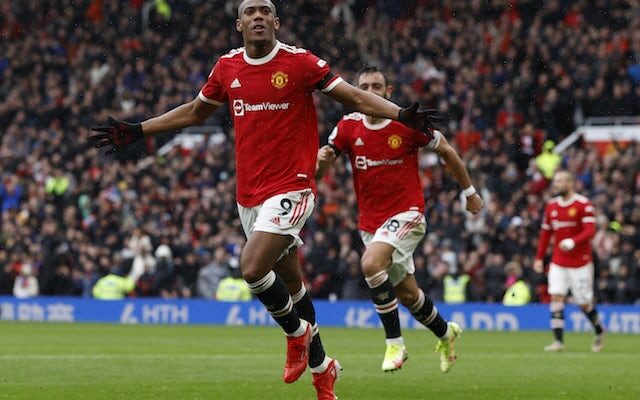 The former Monaco starlet has fallen down the pecking order at Old Trafford this season, and interim manager Ralf Rangnick has confirmed that he is seeking a move elsewhere.

Sevilla are believed to have made a loan bid for Martial earlier in January, but the offer was supposedly swiftly rejected by Man United.

However, journalist Ekrem Konur claims that Julen Lopetegui’s side will soon return with a new-and-improved offer for the Frenchman, with current strikers Youssef En-Nesyri and Munir El Haddadi currently competing at the Africa Cup of Nations.

Newcastle United are also rumoured to be in the running for Martial’s signature, though, while Barcelona have supposedly withdrawn from the running after recently registering Ferran Torres.

Martial boasts a solitary goal from 10 appearances in all tournaments this season and has only started two games in the 2021-22 Premier League season.