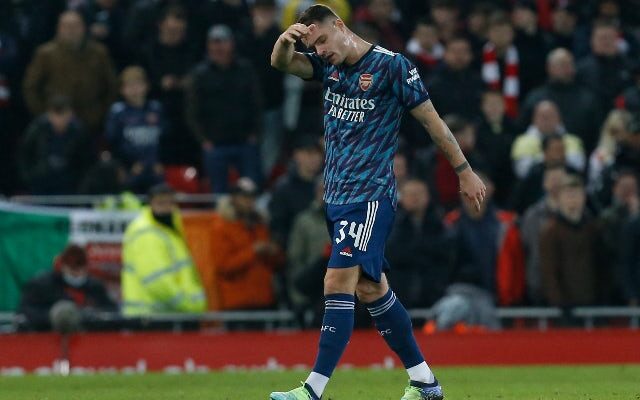 Roma are reportedly still optimistic about their chances of a late swoop for Arsenal midfielder Granit Xhaka this month.

The 29-year-old has earned the trust of Mikel Arteta as one of his integral players at the Emirates but continues to divide opinion amongst the fanbase due to his disciplinary record.

Roma were tipped to complete a deal for Xhaka in the summer transfer window before the Switzerland captain extended his Arsenal stay until 2024, but his long-term future still remains unclear.

According to Corriere dello Sport, Roma boss Mourinho is still holding out hope of a January deal for Xhaka, but the Serie A side would likely have to sell before they can buy.

The report claims that Valencia-linked Amadou Diawara could be sacrificed in order to bring in Xhaka, whose relationship with Arteta is ‘not idyllic’.

Arsenal would supposedly demand a fee of £16.6m to part ways with the former Borussia Monchengladbach man, who was sent off for the fifth time in his Gunners career against Liverpool last month.

Xhaka boasts a total of 13 goals and 21 assists from 233 games in an Arsenal shirt, winning two FA Cups in North London.