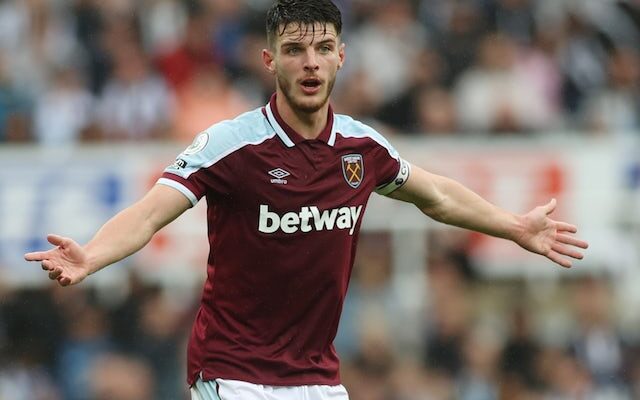 West Ham United reportedly have no intention of selling Declan Rice next year, even if they are offered a nine-figure sum for the midfielder.

The England international enjoyed an impressive 2020-21 campaign for club and country and has pushed on this term by adding goals to his game.

Rice, whose three goals this term is already the most he has managed in a single season, has been linked with Premier League trio Chelsea, Manchester City and Manchester United.

Amid talk that at least one of those clubs could be ready to table a £100m-plus offer in 2022, The Sun reports that United will not sell the 22-year-old at any price.

It is claimed that the Hammers instead intend to build around Rice for a number of years as they look to establish themselves as European regulars.