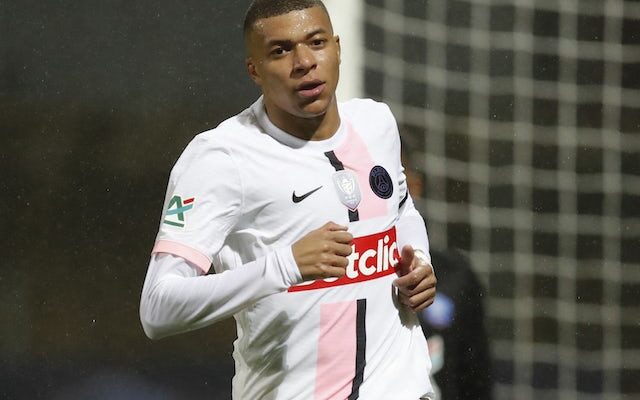 Real Madrid have reportedly made a £42m bid to sign Paris Saint-Germain winger Kylian Mbappe in this month’s transfer window.

The 23-year-old’s contract at the Parc des Princes is due to expire at the end of this season, meaning that PSG risk losing their French star for free in the summer.

However, Los Blancos are keen to secure Mbappe sooner rather than later and after having a £150m bid rejected in the summer, La Liga’s leaders could secure their target at a much reduced price.

Marca reports that football agent Giovanni Branchini claims that Real Madrid have now gone back to PSG with another bid this time in the region of £42m, as PSG come under pressure to not lose Mbappe for nothing at the end of this season.

Florentino Perez has not given up on his pursuit of Mbappe, who in the past has expressed his desire to play for Real Madrid, and would be keen to sign the France international before Los Blancos face PSG in the Champions League last 16 next month.

Mbappe reached 150 goals for PSG with an 18-minute hat-trick against Vannes in the Coupe de France last time out.