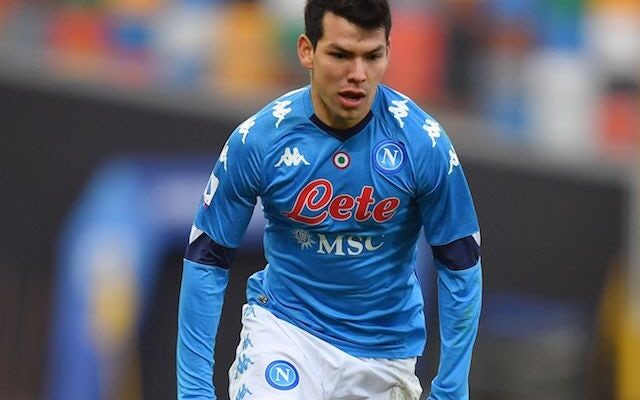 Despite enduring a slow start to life in Serie A, the Mexico international is now one of Napoli’s key men, making a total of 11 starts and eight substitute outings this season.

While the 26-year-old only has three goals and three assists to his name, it appears that his performances have still attracted admirers from elsewhere.

According to Fichajes, Real Madrid are contemplating whether to make an approach for the creator during the summer window.

Los Blancos allegedly regard Lozano as a potential replacement for Gareth Bale, who will depart the Bernabeu on a free transfer in June.

Lozano’s contract does not expire until the end of 2023-24, keeping Napoli in a strong position with regards to his future.