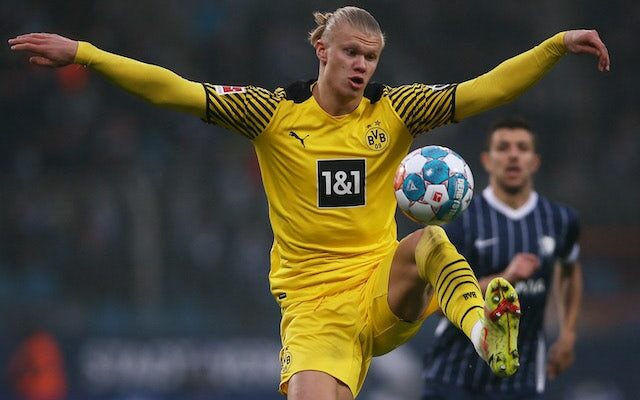 Real Madrid are reportedly confident that they will be able to sign both Paris Saint-Germain‘s Kylian Mbappe and Borussia Dortmund‘s Erling Braut Haaland next summer.

Mbappe has ruled out leaving PSG in January, but the France international’s current deal is due to expire next June, and Real Madrid are the leading candidates to sign him on a free transfer.

Haaland, meanwhile, is set to be at the centre of a transfer battle next year, with Barcelona, Manchester City, Manchester United and Chelsea also believed to be keen on the Norway international.

According to Marca, Los Blancos are confident of winning the race for Mbappe and also believe that they are at the head of the queue for Haaland despite the interest in the forward.

The report claims that the Spanish club’s relationship with Dortmund has placed the La Liga leaders in a strong position to secure the 21-year-old’s signature.

Haaland, who will have a £63m release clause in his BVB deal next summer, has scored 19 goals and registered five assists in 16 appearances at club level during the 2021-22 campaign.

Karim Benzema has again been in excellent form for Real Madrid this season, scoring 20 times and providing eight assists in 23 appearances, but the Frenchman will turn 35 next year.