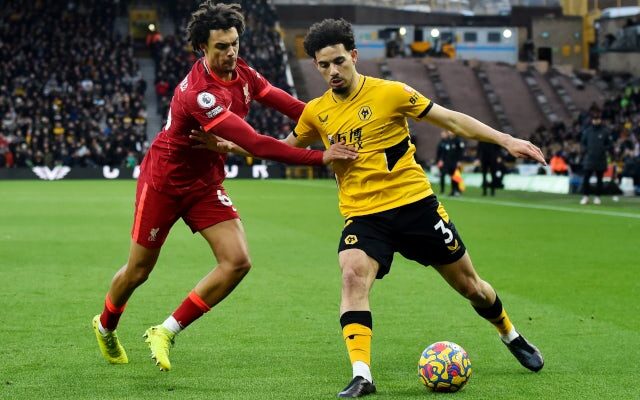 Since signing a five-year contract at Molineux in the summer, the 20-year-old has produced a number of eye-catching performances in the Premier League.

The likes of Liverpool, Manchester City, Barcelona and Paris Saint-Germain have all been linked with the left-sided player since the beginning of December.

According to El Nacional, Los Blancos are now monitoring the situation as they consider replacements for the departing Marcelo.

The report claims that president Florentino Perez is determined to sign “a generational talent”, the aim being to occupy that spot for years to come.

Wolves are said to be ready to demand €25m (£21.36m), but Ait-Nouri’s price-tag is realistically likely to be higher with former club Angers being due a large chunk of any future transfer fee.