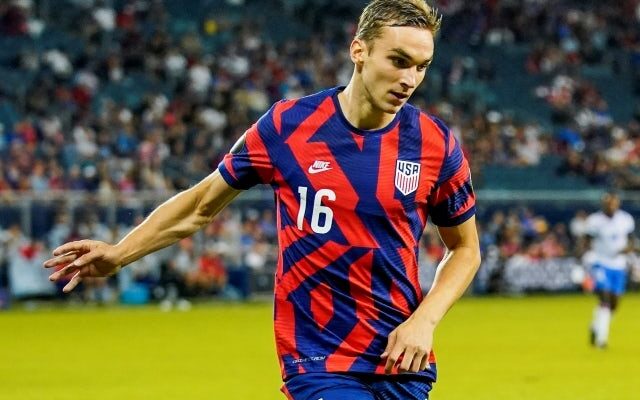 The 21-year-old moves to Ibrox on an initial 18-month loan deal, subject to work permit and international clearance, and the Gers hold an exclusive option to buy.

Sands, a versatile defender who can also play in midfield, helped NYCFC win the MLS Cup for the first time in their history in 2021, and he was named the club’s Young Player of the Year.

Speaking on his arrival at Rangers, Sands told the club’s official website: “I’m very excited to be joining Rangers Football Club. It is an incredible opportunity for me to join a club with such a winning history and worldwide fan base.

🆕 Rangers are today delighted to announce the signing of @USMNT international James Sands from @NYCFC on an initial 18-month loan agreement subject to work permit and international clearance. Rangers hold an exclusive option to buy.

“Additionally, I’m looking forward to joining an ambitious and talented group of players and coaches. I am certain that Rangers will progress me as both a player and as a person.

“I would also like to thank NYCFC for the role they have played in my development so far. I have and continue to receive amazing support from everyone involved with the club.”

Rangers manager Giovanni van Bronckhorst added: “James is a player who I have been aware of for some time. His versatility was a big attraction and I’ve been impressed with his attitude and mentality in the games that I have watched recently.

“He is a talented young player with areas of his game which we will endeavour to develop through our coaching.

“I am looking forward to getting him onto the pitch and starting to work with him.”

Sands, who has featured seven times for the USA national team, is the latest American to make the switch to Ibrox, following in the footsteps of the likes of Claudio Reyna, DaMarcus Beasley, Carlos Bocanegra and Maurice Edu.