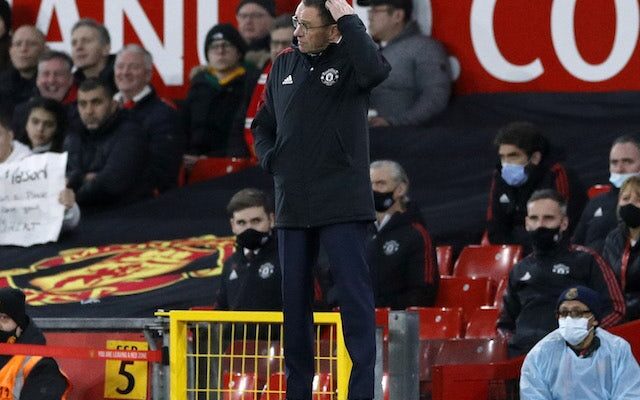 Manchester United interim head coach Ralf Rangnick has said that he will select “the best possible team” against Aston Villa in the FA Cup on Monday night.

The Red Devils will be looking to bounce back from their league defeat at Wolverhampton Wanderers last time out when they begin their FA Cup journey for the 2021-22 campaign in round three.

There have been suggestions that Rangnick will ring the changes ahead of the league fixture with Villa on January 15, but the German has said that changes will be minimal, with the 20-time English champions determined to advance in the competition.

“We will definitely not play with eight or nine different players,” Rangnick told MUTV. “Or even 10, as we did against Young Boys in the Champions League.

“We will try to play with the best possible team, with a strong team. There might be a few changes but I haven’t taken the final decisions yet myself. We will definitely try to play this game as if it was a normal Premier League or Champions League game.”

Man United will play four matches in the space of 12 days in January, following the two fixtures against Villa with league games against Brentford and West Ham United.