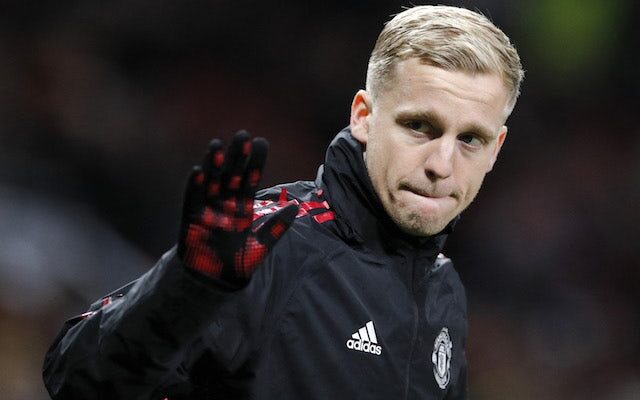 Manchester United interim head coach Ralf Rangnick has said that he wants to keep both Donny van de Beek and Dean Henderson at Old Trafford for the rest of the season.

The first-team duo have struggled for regular action during the 2021-22 campaign, and both players have been linked with loan moves away from the club during the January transfer window.

However, Rangnick has once again reiterated that he is keen to retain the services of Van de Beek and Henderson despite their lack of involvement this term.

“I’m glad to have him in the squad. He came on for the last 15, 20 minutes against Villa in the cup game and he did well,” Rangnick told reporters when asked about Van de Beek.

“I had a conversation with him a few weeks ago after training… I told him that I would advise him to stay until the end of the season. And then, of course, with the World Cup coming up in the winter, he wants to play in the World Cup for his country.

“I can understand his wish and desire to play – on the other hand, we have a lot of competition in our squad exactly in those positions.”

Meanwhile, when asked about Henderson and a potential exit, Rangnick responded: “I told him that I would like him to stay because he is a fantastic goalkeeper.

“I would really like to have him on board… I can fully understand that he wants to play because he is at an age where, as a goalkeeper, you should regularly play, but on the other hand, we are still in three competitions, and therefore we need the two and three goalkeepers we have right now.

“I told him that I can understand his desire to get regular game time as a number one elsewhere in the Premier League.”

Van de Beek has only played 67 minutes of Premier League football this season, while Henderson has made just two appearances in all competitions.