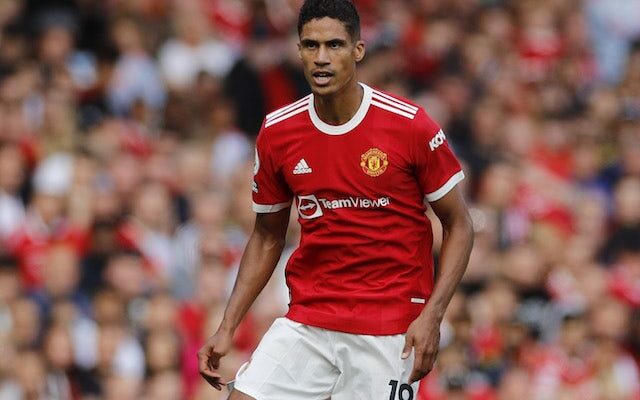 Manchester United interim manager Ralf Rangnick has insisted that Raphael Varane ‘will not be rushed’ into returning from a hamstring problem.

The 28-year-old has picked up two separate injuries while away with France this season, and his latest hamstring issue has kept him on the sidelines since last month.

Varane has been back training on the grass, and there were suggestions that the centre-back could be available for Saturday’s Premier League clash with Norwich City at Carrow Road.

However, Rangnick has said that this weekend’s contest will come “too early” for the World Cup winner, with the German not prepared to take any chances when it comes to the centre-back’s long-term fitness.

“For Rapha, the game comes too early. He was out a couple of weeks and we need to make sure he stays fully fit for the next couple of months, until the end of the season,” Rangnick told MUTV.

“So we don’t want to rush him too much. I am very positive, in the next couple of weeks, he will be available.”

Varane has made nine appearances for the 20-time English champions since arriving from Real Madrid during the summer transfer window.