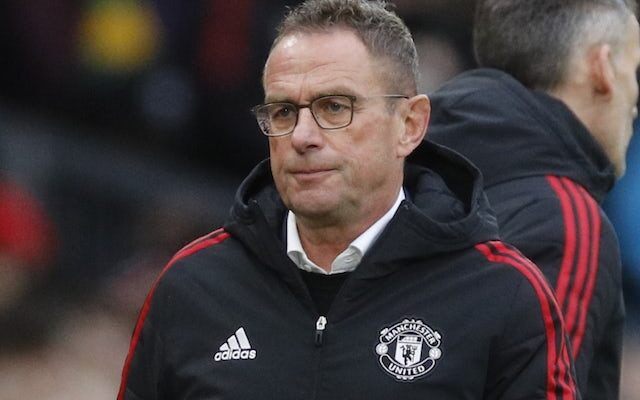 The Red Devils have taken seven points from their three Premier League matches under Rangnick, but they struggled to a 1-1 draw at relegation-threatened Newcastle United on Monday.

According to the Daily Mail, the new manager is attempting to address issues in the dressing room at the club, with morale said to be ‘very low’.

The report claims that there are concerns over cliques at the club, while the players are finding it difficult to adjust to Rangnick’s later training sessions.

The German manager also criticised the body language of his team in the aftermath of their 1-0 win over Norwich City earlier this month.

The 20-time English champions will be looking to return to winning ways in the Premier League when they host Burnley on Thursday night.