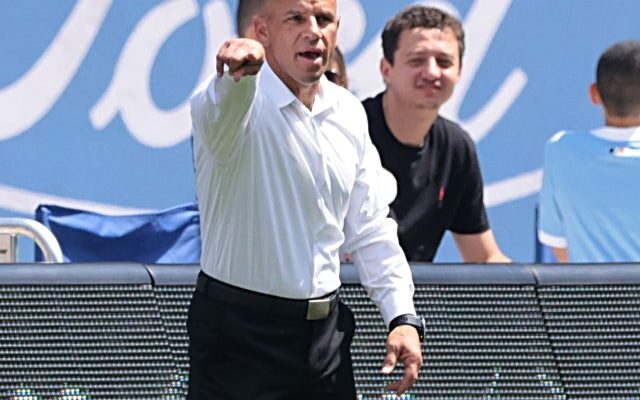 Kieran McKenna has remained at the club despite the departure of Michael Carrick, while technical director Darren Fletcher also assisted Rangnick during Sunday’s Premier League clash with Crystal Palace.

Rangnick has moved to add two new names to his backroom team, though, with former New York Red Bulls and Toronto FC manager Armas making the move to Manchester.

Meanwhile, sports psychologist Lense, who has worked alongside the new Man United interim head coach at Schalke 04 and RB Leipzig, will also be joining the staff at the club.

“We have decided to bring in a sports psychologist, with Sascha Lense. He’s from Germany, a former second division player. I used to work with him for three years at Leipzig, one year in the year that we won promotion from the second to the first division, with myself, and the following two years when Ralph Hasenhuttl was head coach,” Rangnick told reporters.

“So we know each other since then. He will be introduced to the team as soon as he has got his visa and work permit. I hope we will have him on board tomorrow or at the latest Thursday.

“Chris Armas used to be the assistant coach at New York Red Bulls under Jesse Marsch, that was five years ago when I first met him. Since then, we have met quite frequently.

“Also in my role as head of global for Red Bull, in the last three years he was the head coach for the New York Red Bulls and Toronto in the MLS. He will again hopefully join our team in the next two days.”

Man United are currently preparing for Wednesday’s Champions League clash with Young Boys at Old Trafford, which comes ahead of a trip to Norwich City in the Premier League.