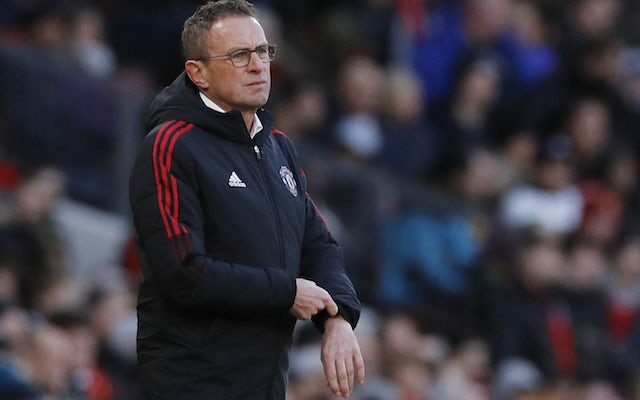 Manchester United interim head coach Ralf Rangnick is confident that he has the support of the players at Old Trafford despite the recent speculation surrounding dressing-room unrest.

A number of first-team players are said to be unhappy at Old Trafford, and there have been claims of several cliques forming, which has harmed team spirit.

However, Rangnick believes that the players are behind him and his coaching staff, with the German claiming that his message is being taken on board despite some inconsistent performances.

“They are at least trying. I’m sure that they are listening and I think we showed in the last games, against [Crystal] Palace, also against Burnley and also in the away games against Norwich [City] and Newcastle [United] that they are trying to follow the advice that we give them, that I give them,” Rangnick told reporters.

“We conceded less goals than before, I think we have an average of – let me check if it is true – it is 0.6 in those six games, but yes, still, it’s about balance. We need to find the best possible balance between offence and defence and we still have something to do to get better on [this].”

Man United will be looking to bounce back from their Premier League loss to Wolverhampton Wanderers when they face Aston Villa in the FA Cup on Monday night.