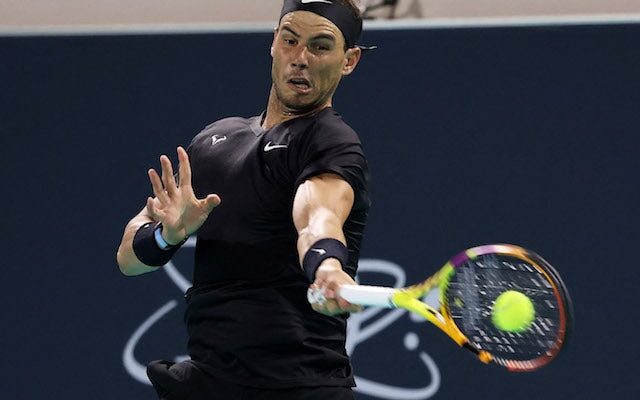 Rafael Nadal could reportedly miss the Australian Open next month after testing positive for coronavirus.

The Spaniard took part in the Mubadala World Tennis Championship in Abu Dhabi last week, losing to Sir Andy Murray in the semi-finals and then Denis Shapovalov in a third-placed playoff.

The Abu Dhabi exhibition event was Nadal’s first tournament since spending four months out with a foot injury, and after his final game he raised doubt as to whether he would compete at the Australian Open.

The 20-time Grand Slam champion’s participation has now been thrown into further doubt after testing positive for COVID-19, and he stressed that he will keep “total flexibility” over his calendar.

“Hello everyone. I wanted to announce to you that on my return home after contesting the Abu Dhabi tournament, I have tested positive for Covid in the PCR test that was performed on me upon arriving in Spain,” Nadal revealed on social media.

“Both in Kuwait and Abu Dhabi we passed checks every two days and all came back negative, the last being on Friday and having results on Saturday. I am having some unpleasant moments but I hope that I will improve little by little.

“I am now confined at home and I have reported the result to people who have been in contact with me. As a consequence of the situation, I have to have total flexibility with my calendar and I will analyse my options depending on my evolution.

“I will keep you posted on any decisions regarding my future tournaments! Thank you all in advance for the support and understanding.”

Nadal, who missed Wimbledon and the US Open due to injury last year, won the Australian Open for the only time in 2009.