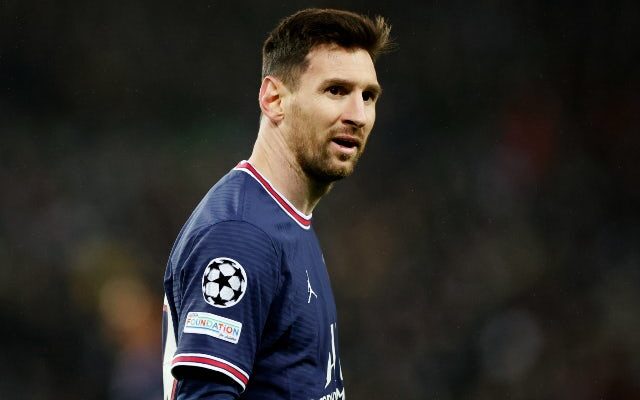 Paris Saint-Germain attacker Lionel Messi has joined an elite crowd of players with his goal against Club Brugge in Wednesday’s Champions League battle.

After the rampant Parisiens stormed into a 2-0 lead thanks to Kylian Mbappe‘s brace, Messi produced a trademark curling finish with his left foot to extend PSG’s lead just before the break.

The seven-time Ballon d’Or winner has struggled to hit his usual goalscoring heights in Ligue 1 this term, but he has now scored in his first three Champions League home games for PSG following previous strikes against Manchester City and RB Leipzig.

In doing so, Messi has become just the third player in PSG’s history to score in their first three Champions League home games for the club, following in the footsteps of George Weah (1994) and Neymar (2017).

Mbappe’s first strike on the night also saw him make history as the youngest player to hit 30 Champions League goals – achieving the feat at 22 years and 352 days old.

Messi’s strike on Wednesday marked his fifth goal for PSG in all competitions since arriving in the summer – four of which have come in the Champions League.