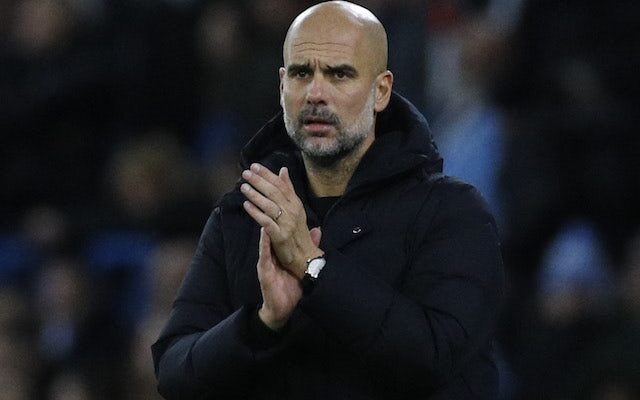 Manchester City‘s Pep Guardiola has won the Premier League’s Manager of the Month award for December, claiming the prize for the second successive month.

After receiving the award in November for steering the Citizens to three wins out of three, the Spaniard guided the top-flight leaders to victory in all seven league matches over the festive period, opening up an eight-point lead at the top of the table in the process.

Away victories against Aston Villa and Watford at the beginning of the month were shortly followed by dominant wins against Wolverhampton Wanderers, Leeds United and Newcastle United by an aggregate score of 12-0.

Guardiola and co ensured that their 100% record in December remained intact with an enthralling 6-3 success at home against Leicester City on Boxing Day and a narrow 1-0 win at Brentford three days later.

The Catalan boss has now claimed the Manager of the Month award 11 times during his reign at the Etihad Stadium – only Sir Alex Ferguson (27) and Arsene Wenger (15) have won the award on more occasions.

Guardiola was voted for the December prize ahead of fellow nominees Antonio Conte, Mikel Arteta and Jurgen Klopp.

Man City forward Raheem Sterling also picked up a monthly accolade, as he was voted as the Premier League’s Player of the Month for December, after scoring five goals in as many league matches.