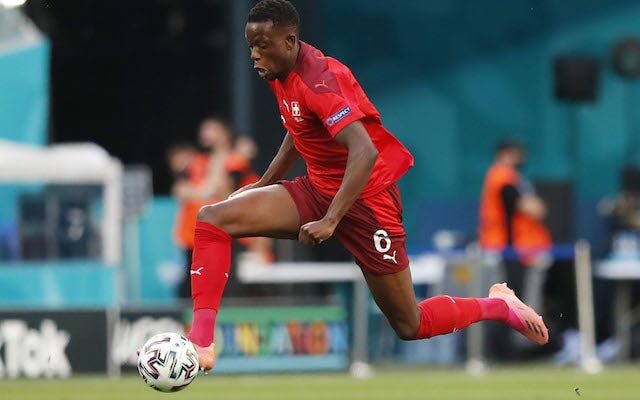 Manchester United are reportedly currently being prevented from signing Denis Zakaria this month due to the uncertainty surrounding the futures of Paul Pogba, Donny van de Beek and Jesse Lingard.

Zakaria is available for a cut-price fee in January, with the Switzerland international’s contract at Borussia Monchengladbach due to expire at the end of June.

Man United have been strongly linked with the midfielder, but according to Sport1, a move is complicated due to the presence of Pogba, Van de Beek and Lingard, who are all on big wages.

Pogba and Lingard are both out of contract at the end of the campaign, and it appears increasingly unlikely that either player will be signing fresh deals with the 20-time English champions.

Van de Beek, meanwhile, continues to be linked with a move away from Old Trafford, having been unable to force his way into the first team despite the change of manager this season.

Man United are also allegedly keen to bring a new right-back to the club this year, with Brighton & Hove Albion‘s Tariq Lamptey said to be their main target.