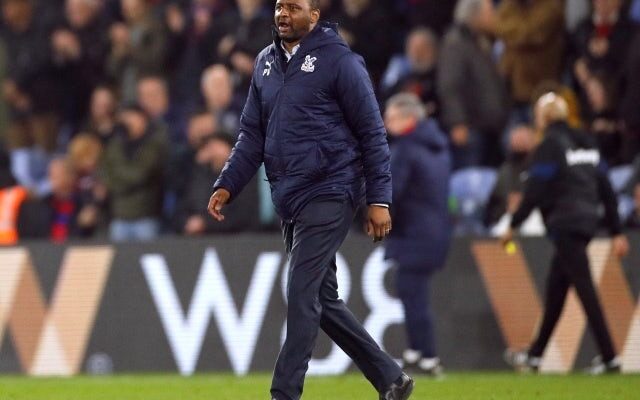 Crystal Palace manager Patrick Vieira has confirmed he will field his strongest possible XI against Millwall this weekend.

The London clubs will meet at The Den on Saturday in the third round of the FA Cup, which is a fixture that the Eagles boss is taking seriously.

“For me, it was always clear to put the best team on the field to compete,” Vieira told the press ahead of the game.

“It is a derby, it is the FA Cup and it is going to be challenging, and we need to have our best starting XI to compete and to try and win the game.”

Vieira won this tournament five times as a player with Arsenal, and this will mark his first opportunity to be part of it as a manager.

In the past two seasons, the Eagles have been knocked out at this stage, while this is the first time they will face Millwall since 2013 in any competition.