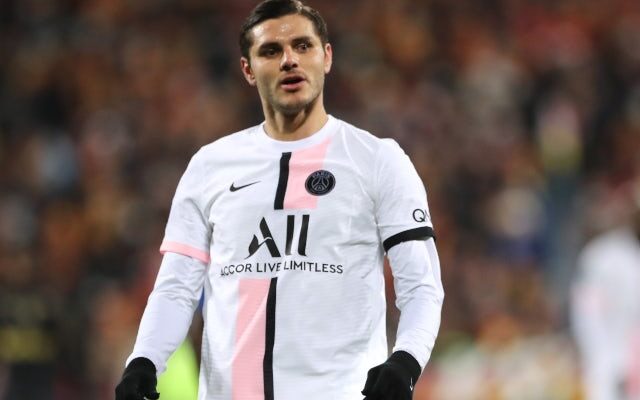 Paris Saint-Germain attacker Mauro Icardi is reportedly set to join Juventus on loan for the remainder of the 2021-22 season.

The Argentine has found starts hard to come by under Mauricio Pochettino ahead of the famed front three of Lionel Messi, Kylian Mbappe and Neymar.

As a result, Icardi has been linked with a host of clubs for the January transfer window, with Arsenal, Chelsea and Manchester United all credited with an interest.

However, transfer insider Pedro Almeida claims that the former Inter Milan striker is now set to return to Serie A with Juventus on a six-month loan with an option to buy.

The 28-year-old has registered 38 goals in 82 games for PSG but has only made the starting lineup on seven occasions in the 2021-22 Ligue 1 season.