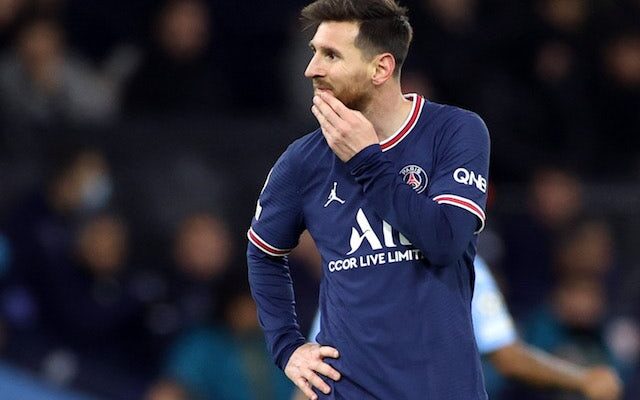 Paris Saint-Germain attacker Lionel Messi has emerged as a doubt for Wednesday’s Ligue 1 clash with Nice due to gastroenteritis.

The 34-year-old was in attendance to collect his seventh Ballon d’Or on Monday evening but did not participate in PSG training on Tuesday morning.

The club’s latest medical update revealed that Messi and Leandro Paredes both missed the training session due to the illness, and an update on the compatriots will be given on Wednesday.

Neymar is expected to miss the next six to eight weeks with the ankle injury he suffered against Saint-Etienne, while Georginio Wijnaldum, Ander Herrera and Julian Draxler are also set to miss the clash with Nice.

Messi set up all three of his side’s goals in the 3-1 win over Saint-Etienne last weekend but has only found the back of the net once in seven Ligue 1 games so far this season.

The Argentine’s Ballon d’Or triumph was a controversial awarding given the form of Robert Lewandowski, who Messi feels should be handed the 2020 prize.