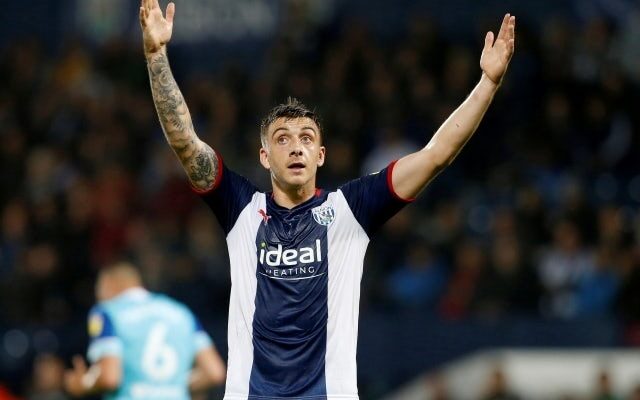 Norwich City are reportedly set to recall Jordan Hugill from his spell at West Bromwich Albion.

The 29-year-old joined the Baggies in the summer on a season-long loan deal, yet the Canaries are now considering bringing him back to the club before the end of the season.

Hugill has only managed to score once in the Championship so far within this campaign and he is now set to make a return to the Premier League.

According to The Sun, the club are considering bringing him back to the club as Dean Smith‘s team battle to survive relegation, currently sitting at the bottom of the league.

Norwich City are the lowest-scoring team in the Premier League this season, being the only squad that are yet to hit double figures.