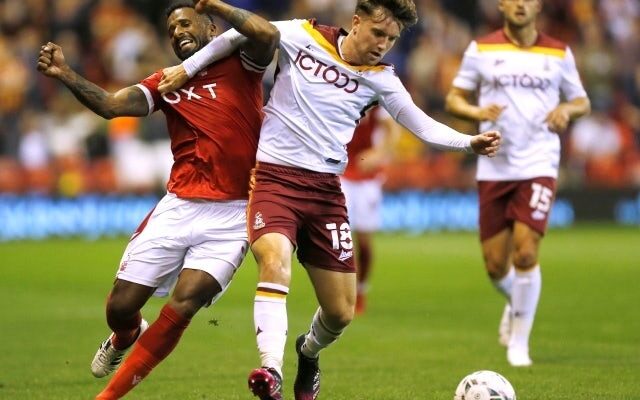 Norwich City are interested in signing Bradford City midfielder Elliot Watt, according to a report.

The 21-year-old has played 21 times in League Two this season, missing just a single game, while he has also found the back of the net once for the Bantams.

The Canaries are preparing for their future should they end up being relegated from the Premier League, with the club currently sat at the foot of the table.

According to the Daily Record, Watt is somebody that Norwich are interested in signing if they are playing in the Championship next season.

The midfielder is out of contract with Bradford in the summer, and his agent has been dealing with enquiries about him already, with Blackpool being another club that would like to sign him.

Norwich City have not won a game since November 20, when they defeated Southampton, and they will be back in action on Sunday in the FA Cup against Charlton Athletic.