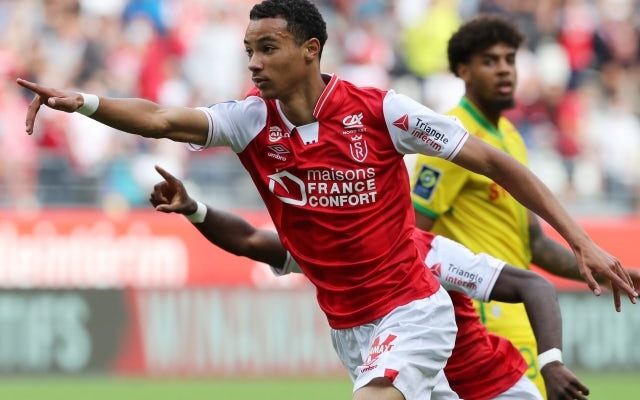 Newcastle United have reportedly opened talks with Reims over a deal to bring striker Hugo Ekitike to St James’ Park this month.

Eddie Howe is said to be keen to bring in a new striker following an injury to Callum Wilson, and the Magpies are looking to complete a deal for the France Under-20 international Ekitike before Saturday’s Premier League clash against Watford.

The 19-year-old has enjoyed a flying first-half of the season in Ligue 1, scoring eight goals and providing three assists in 18 appearances for Reims.

Sky Sports News reports that Newcastle are in discussion with Reims over a potential transfer, which could be worth in the region of £30m after positive talks between the two clubs.

Ekitike is among Dominic Solanke, Patrick Schick, Chris Wood, Divock Origi and Sardar Azmoun, who have all been linked with a move to the North East, but the young French striker is looking the most likely signing.

The report also suggests that Newcastle could sign two new strikers this month, after Kieran Trippier was the first new player through the door in the new owners’ era.