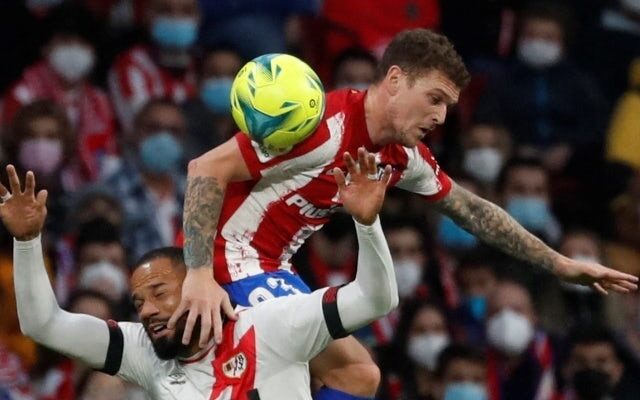 Newcastle United have agreed a £12m fee for Atletico Madrid‘s Kieran Trippier, according to a report.

The Magpies are currently 19th in the table, having only won once this season, and no team have conceded more than them, with Norwich City having also let in 42 goals.

The club have been heavily linked with the 31-year-old for a number of weeks, although Atletico Madrid did not want to sell him.

According to Sky Sports, Newcastle have now agreed a £12m fee with the Spanish outfit to sign Trippier this month, and he is expected to travel to England in order to complete his medical.

Personal terms are not expected to be an issue, with the England international potentially set to become the first signing by the new owners.

Trippier has worked with Eddie Howe in the past, with the Newcastle boss having signed the full-back from Manchester City when he was in charge of Burnley.

The Magpies will be in action on Saturday in the FA Cup when they play Cambridge United, before crucial Premier League fixtures against Watford and Leeds United.