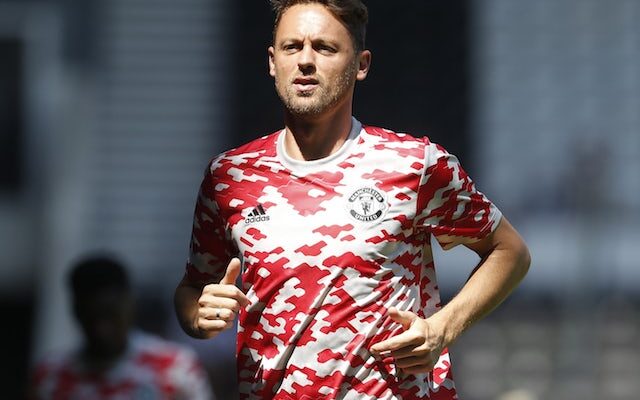 Manchester United midfielder Nemanja Matic has said that he will he immensely proud to wear the captain’s armband for the 20-time English champions on Wednesday night.

Red Devils interim manager Ralf Rangnick confirmed on Tuesday that Matic would be the skipper for the Champions League contest against Young Boys at Old Trafford.

The Serbian has claimed that he could never have dreamed of turning out for Man United, and captaining the club will surpass what he ever believed would be possible in his career.

“That was not even a dream because, when you start from a small village in Serbia, when you play for a team that has only one ball for one year and you just play with one ball!” Matic told United Review.

“I was dreaming to maybe play in the Serbian division, maybe Red Star Belgrade, but I am at Manchester United. It is kind of a dream. I am very proud because of that and, for sure, I take all the armbands to my home and that one will be framed.”

Donny van de Beek and Dean Henderson have also been confirmed as starters against Young Boys, as Rangnick prepares to make wholesale changes to his starting XI, with Man United already booking their spot in the last-16 stage of the Champions League as Group F winners.