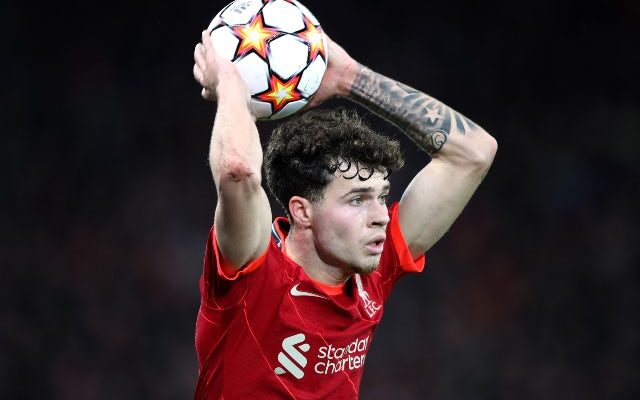 Liverpool youngster Neco Williams could reportedly be set for an exit from the club in the near future.

The 20-year-old is currently playing second fiddle to Trent Alexander-Arnold at Anfield and only has six appearances under his belt in all competitions this season.

Williams’s only Premier League outing of the campaign was a seven-minute cameo against Watford, with the right-back an unused substitute in his side’s last six top-flight games.

Given his lack of game time under Jurgen Klopp, The Athletic’s James Pearce claims that Williams is expected to seek pastures new “in the next year or so”.

Pearce adds that the club would not stand in Williams’s way given the emergence of Conor Bradley, while Alexander-Arnold will be the Reds’ first-choice in that position for “many more years”.

Williams boasts three assists from 33 games for Liverpool in all competitions, and his deal with the Reds is due to expire in 2025.