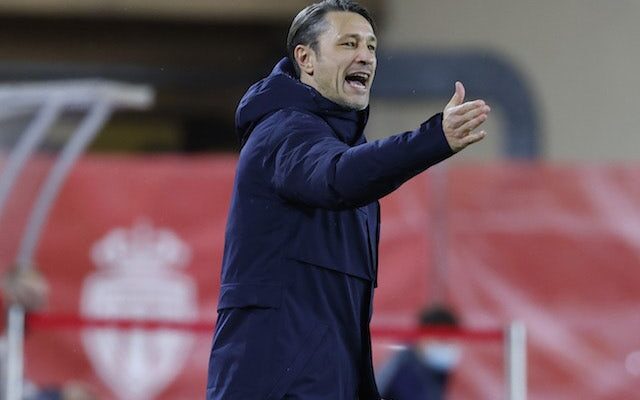 Monaco have announced that Niko Kovac has been relieved of his duties as head coach after just 18 months in charge of the club.

The 50-year-old led the team to a third-place finish in Ligue 1 last term, in addition to the final of the Coupe de France, but the Monegasques are currently down in sixth position in the table, 17 points behind leaders Paris Saint-Germain.

Monaco have been victorious in their last two matches in all competitions, while they qualified for the knockout round of the Europa League as Group B winners.

The club have taken the decision to sack Kovac, though, with Stephane Nado being placed in charge of first-team affairs at Stade Louis II.

“AS Monaco announce that the club has taken the decision to part ways with Niko Kovac. The Croatian coach was informed on Thursday during a preliminary meeting,” read a statement on the club’s official website.

“Niko Kovac arrived in the Principality in July 2020 and led the team 74 times. AS Monaco will announce the name of its new head coach very soon. Until then, Stephane Nado, coach of the reserves, will train the first team.”