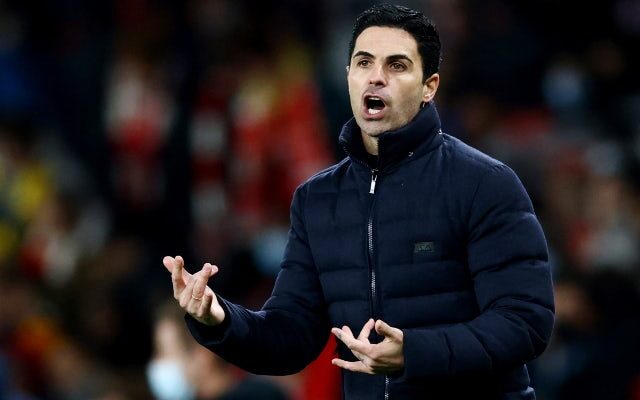 The Spaniard tested positive for COVID-19 for the second time before the New Year’s Day clash with Manchester City, nearly two years after contracting the virus in March 2020.

Albert Stuivenberg oversaw proceedings against the champions, with Arteta keeping in touch with his coaching staff via a live feed in that 2-1 defeat.

Now, the Evening Standard reports that Arteta is due to come out of isolation later on Tuesday and expects to lead Arsenal training on Wednesday.

As a result, the former Gunners midfielder is said to be optimistic about his chances of returning to the touchline for the visit of Liverpool on Thursday at the Emirates.

However, his opposite number Jurgen Klopp may not be out of quarantine in time, which could once again see Pep Lijnders take charge of the Reds team.