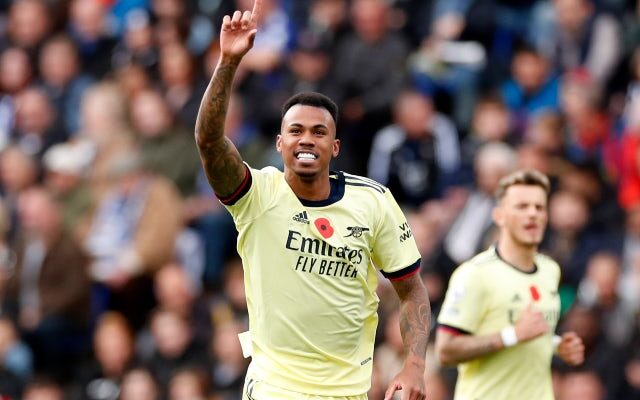 Arsenal manager Mikel Arteta has hailed Gabriel Magalhaes‘s “character” after the centre-back was the victim of an attempted robbery.

Gabriel was targeted by thieves at his North London home back in August – one of whom was wielding a baseball bat – but the 23-year-old fended off the attackers after handing over his watch and car keys.

Twenty-six-year old Abderaham Muse has been sentenced to five years in prison for the robbery, with DNA evidence from a hat dropped at the scene linking him to the crime.

Arteta took the time to praise Gabriel in his Wednesday morning press conference, telling reporters: “Obviously it is not a nice thing to go through when you have family involved and they are trying to access your house.

“Gabi showed a lot of character, you see the reaction he had straight away. Credit to the boy. After that he was fine. Obviously he was shocked, there were a few things he wanted to change in his life to try to prevent those things happening and the club gave him all the support that was needed to try to forget about the situation, learn from it and move on.”

The incident comes two years after Mesut Ozil and Sead Kolasinac were also targeted by armed robbers, with the latter fighting off the attackers despite being unarmed.

Gabriel has played the full 90 minutes in each of Arsenal’s last 10 Premier League games, helping his side keep six clean sheets in that time.