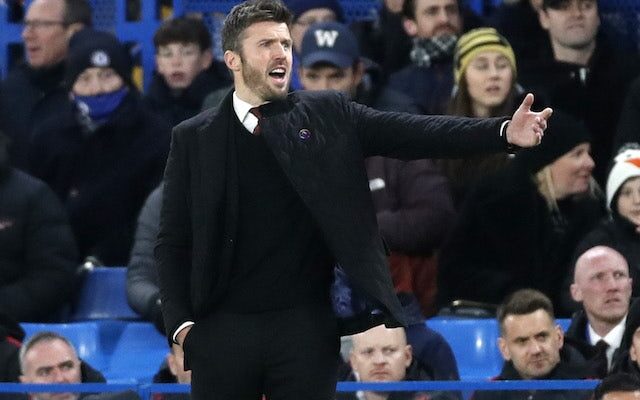 Michael Carrick has insisted that it was ‘100% his decision’ to leave Manchester United.

The 40-year-old managed the Red Devils in their last three games against Villarreal, Chelsea and Arsenal, guiding the team to two victories, including a 3-2 success over the latter on Thursday night.

Carrick was expected to revert back to an assistant role under new interim boss Ralf Rangnick, who was in the stands for the clash with the Gunners.

However, the former midfielder announced after the game with Mikel Arteta‘s side that he would instead be leaving Old Trafford and insisted that it was his call entirely to step away from the club.

“It’s not been an easy decision to make but I feel it’s the right one,” BBC Sport quotes Carrick as saying. “It’s 100% my decision. Over the last week I was conscious I respected the club and the manager coming in. I thought it was the right thing to do for the club and for Ralf. I’m quite happy with that.

“The loyalty to Ole [Gunnar Solskjaer] is a little bit of a factor but there were a lot of things that came into my decision. I was conscious of making my decision before any real conversations with Ralf. I wanted to be clear cut. It was nothing personal at all.”

“It wasn’t easy telling the players. In some ways you feel like you’re leaving them in the lurch but sometimes you have to do what’s right. I’ve loved working with them – they are a terrific group of players.”

Carrick recently said that he was “not desperate to become a manager” when asked about his plans for the future.