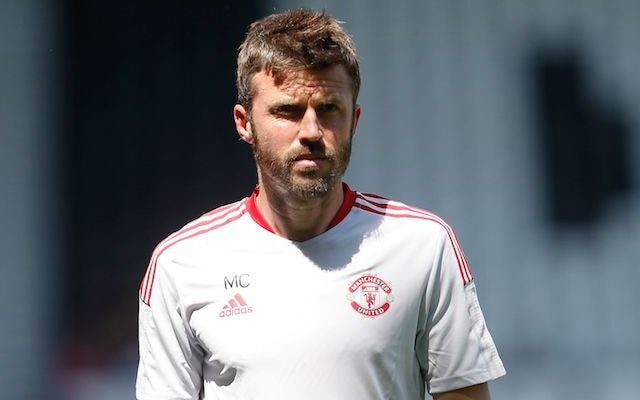 Michael Carrick has insisted that the Manchester United players will be “in a good place” entering Tuesday’s Champions League clash with Villarreal.

Saturday’s 4-1 loss at Watford in the Premier League led to Ole Gunnar Solskjaer losing his job as head coach, with Carrick placed in charge of the first team on a temporary basis.

The club’s former midfielder spoke for the first time as caretaker manager on Monday and revealed that he only found out about his new role on Sunday morning.

Carrick, though, has insisted that the players will be ready to take on the Yellow Submarine, with Man United looking for the win that would see them qualify for the last-16 stage of the competition.

“I found out yesterday morning at the training ground, didn’t know anything before then,” Carrick told reporters. “I spoke to Ed, spoke to Ole. It was a bit of a rush to organise training and speak to players but it went really well all things considered. Every dealt with it in a classy manner.

“It is just about me preparing for tomorrow as best as we can. Players will be in a good place heading into game we will make sure of that.”

Carrick will be in charge of the Red Devils until the club appoint an interim manager for the remainder of the 2021-22 campaign.