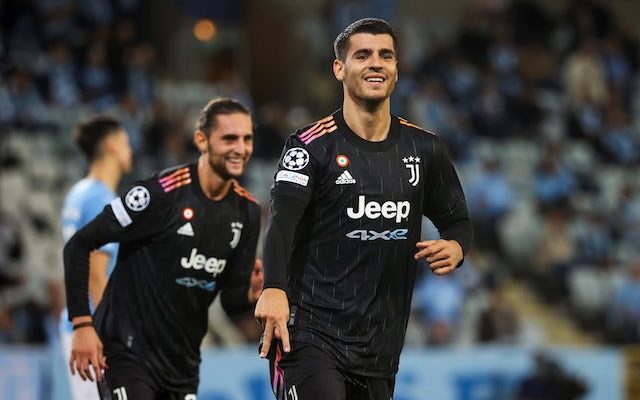 Juventus boss Massimiliano Allegri will reportedly not allow Alvaro Morata to leave the club until the Italian giants sign a replacement for the Spaniard.

Barcelona are allegedly looking to sign the centre-forward before the end of the January transfer window, but the deal is complicated, as Morata is on loan at Juventus from Atletico Madrid.

Allegri recently insisted that the striker would not be leaving the Old Lady this month, but Barcelona allegedly remain determined to bring him to Camp Nou.

According to AS, Morata will not be allowed to leave the Turin giants until they sign a replacement, with Allegri concerned that he will be left short of options in the final third of the field.

The report claims that the former Real Madrid youngster, who has 18 months left to join on his contract at Atletico, wants to join Barcelona ‘at all costs’.

Morata has scored seven goals and registered three assists in 24 appearances for Juventus during the 2021-22 campaign.