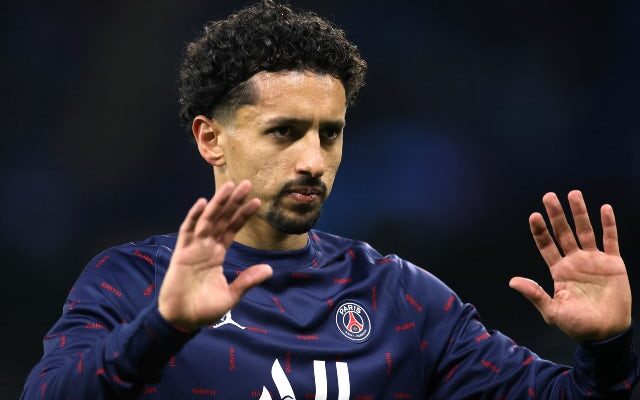 Paris Saint-Germain are reportedly hopeful of agreeing a contract extension with Marquinhos next month.

The Brazil international took on the captain’s role following the departure of Thiago Silva and has established himself as one of the first names on the teamsheet under Mauricio Pochettino.

Marquinhos’s existing deal at the Parc des Princes is due to run until the end of the 2023-24 season, with the centre-back putting pen to paper on a new contract in January 2020.

Now, Todofichajes claims that PSG are already planning a renewal offer for the 27-year-old, which could take him up to the summer of 2026 or 2027 at the club.

The report adds that Marquinhos is “extremely happy” in the French capital, and there is hope that a new deal will be announced in January.

Marquinhos has three goals and one assist to his name from 20 games in all tournaments this season and has won six Ligue 1 titles with PSG.