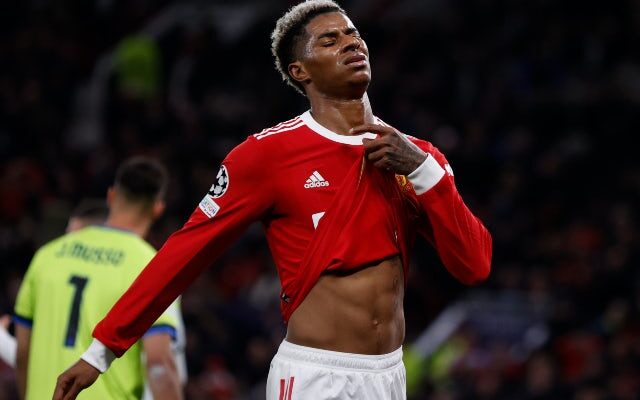 The Red Devils recently went down 1-0 to Wolverhampton Wanderers and have produced a number of uninspiring displays under Rangnick, despite some positive results.

Reports have claimed that some players in the Man United squad doubt whether Rangnick is the right man to lead them forward, while Rashford only played 15 minutes in the defeat to Wolves.

The 24-year-old has now sent a powerful message on social media, saying: “I read something earlier that I’d been quiet on here but what can I say that will make this better other than showing you all on the pitch?

“I have endless respect for both and I’m looking forward to bettering my game under the staff at Manchester United. I’m not sulking, I’m not unhappy, am I disappointed in some of my recent performances? Of course I am. I’m my own biggest critic.

“It’s been a tough start but I’m determined to prove my worth. My dedication and my desire to be here should never be in question. I love this club.”

Rashford has started just seven Premier League games in the 2021-22 season – missing the start due to a shoulder injury – and he has banked two goals and one assist in the process.