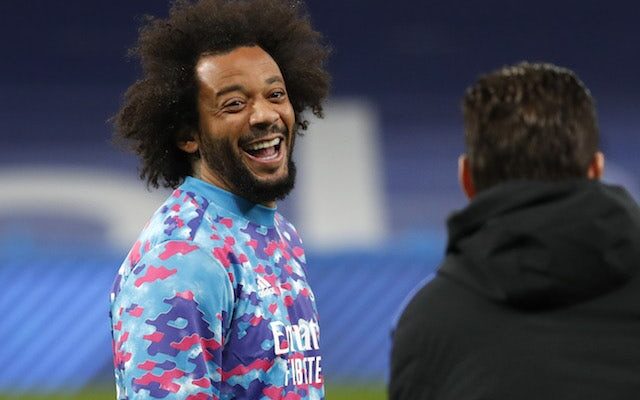 The 33-year-old will be out of contract at the Bernabeu next June and is unlikely to pen an extension at Bernabeu, with the Brazilian preparing to end his 15-year spell with the capital giants.

A number of clubs have been credited with an interest in the veteran left-back, but according to Ole, Marcelo is currently speaking to Fluminense about a return to the Brazilian club.

Marcelo came through the youth system at Fluminense before representing their first team on 30 occasions ahead of a move to Real Madrid in January 2007.

The Brazilian has made 533 appearances for his current side in all competitions, winning five La Liga titles, two Copa del Rey crowns and four Champions League trophies during a glittering career.

Marcelo has only made five appearances for Carlo Ancelotti‘s side during the 2021-22 campaign, though, while he has featured for just 89 minutes in La Liga this term.