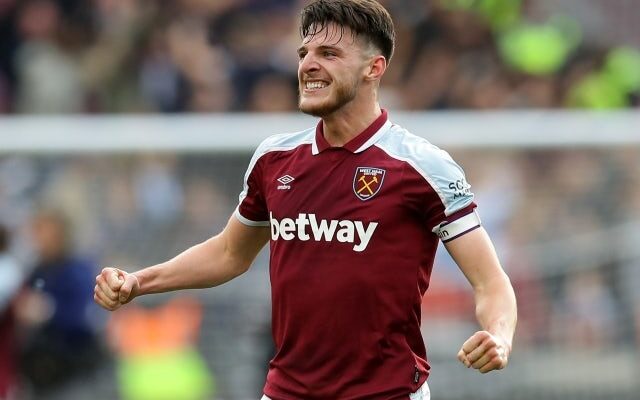 The 22-year-old has again been in impressive form for the Hammers during the 2021-22 campaign, making 24 appearances in all competitions, contributing three goals and four assists in the process.

Rice still has two-and-a-half years left to run on his contract at the London Stadium, but there have been suggestions that he is ready to move on at the end of the season.

According to The Sun, Man United want to make the England international ‘the centre-piece of their side’ moving forward and are prepared to offer £100m for his services.

The report claims that West Ham are unlikely to be able to resist summer interest in Rice if the club fail to secure a top-four finish in the Premier League this season.

Chelsea and Manchester City have also previously been credited with an interest in the midfielder, who has made 169 appearances for the Hammers since breaking into the first team.